NOTE: This is an archived page describing an important Traprock program that is no longer active.

The Roots of Peace Speaker Series at Greenfield Community College features local, national, and international experts and activists each spring and fall. Their talks are videotaped and placed on YouTube.

Cuban educator and writer Ariel Dacal Díaz has been part of the Popular Education team at the Martín Luther King Jr. Memorial Center in Havana, Cuba. He designs, coordinates and systematizes training for social actors in Cuba and abroad. He speaks about participation, politics and power, community work, communications, gender, group work, and group coordination. rec. 10/14/2015 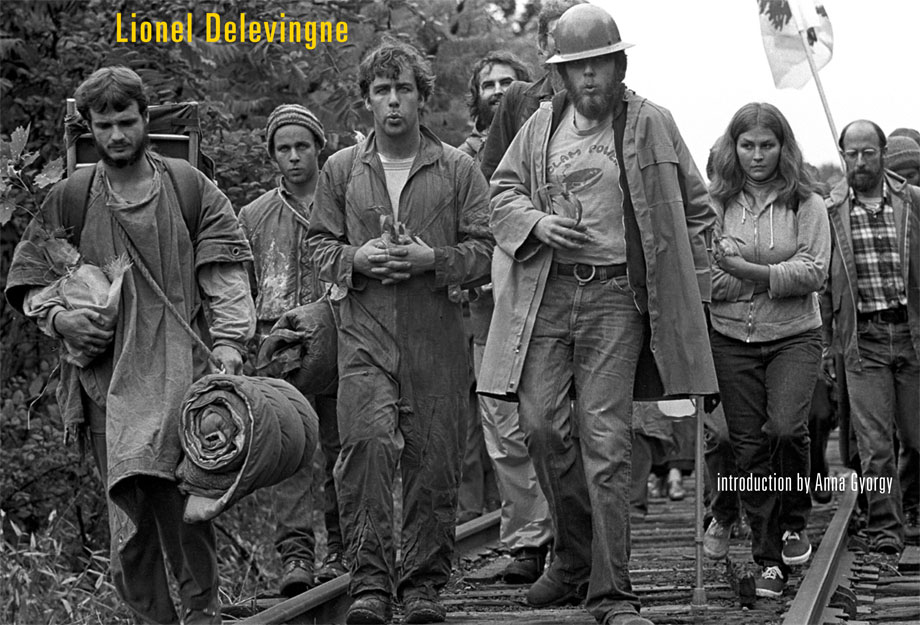 To the Village Square is about power;  not just nuclear power,  but the power of community to force action and make a change. This book is an homage to the power of democracy in pursuit of a safe and clean environment for all.

[quote]To the village square we must carry the facts of atomic energy; from there must come America’s voice. Albert Einstein, 1946[/quote]

Book signing and program with Lionel Delevingne, Anna Gyorgy, music from Pat and Tex LaMountain and Ben Grosscup. Cosponsored by the Traprock Center for Peace Education at GCC and the Solar Store in Greenfield.

A Book Signing By David Hartsough

David Hartsough is Executive Director of Peaceworkers based in San Francisco, CA USA and is Co-Founder of the Nonviolent Peaceforce. He is a Quaker and member of the San Francisco Friends Meeting. Hartsough is deeply committed to nonviolence and has been working actively for nonviolent social change and peaceful resolution of conflicts since he met Martin Luther King in 1956. For forty years Hartsough has been doing nonviolent peacemaking in the US, Kosovo, the former Soviet Union, Mexico, Guatemala, El Salvador, Nicaragua and the Philippines, and Sri Lanka. He has crossed borders to meet “the enemy” in East Berlin, Castro’s Cuba, and present-day Iran. He has marched with mothers confronting a violent regime in Guatemala and stood with refugees threatened by death squads in the Philippines.

His book, Waging Peace: Global Adventures of a Lifelong Activist, is a testament to the difference one person can make. Hartsough’s stories inspire, educate, and encourage readers to find ways to work for a more just and peaceful world. Inspired by the examples of Mahatma Gandhi and Martin Luther King Jr., Hartsough has spent his life experimenting with the power of active nonviolence. It is the story of one man’s effort to live as though we were all brothers and sisters.

Engaging stories on every page provide a peace activist’s eyewitness account of many of the major historical events of the past sixty years, including the Civil Rights and anti–Vietnam War movements in the United States and the little-known but equally significant nonviolent efforts in the Soviet Union, Kosovo, Palestine, Sri Lanka, and the Philippines.

Hartsough’s story demonstrates the power and effectiveness of organized nonviolent action. But Waging Peace is more than one man’s memoir. Hartsough shows how this struggle is waged all over the world by ordinary people committed to ending the spiral of violence and war.

Within a traditional corporate model, the use of profits can often become a source of tension rather than celebration. Shareholder expectations of investment returns, labor expectations of  compensation, and management  needs for planning future growth chase after the same pool of funds.  Innovative corporate structures – including producer cooperatives, employee stock ownership plans, and mandatory profit-sharing – have reduced competing needs within organizations and have advanced internal cultures of peaceful co-laboring and unity.  Come and see several examples of how alternative forms of business organization have contributed to a more peaceful understanding of business activity.

Thom Simmons is the Co-Chair of the Business department at GCC, where he has taught courses in business, entrepreneurship, and economics for the last 6 years.  Prior to teaching, Thom worked in economic development, assisting more than  200 businesses launch new endeavors or expansions.

October 17, 2013 Witness for Peace New England, Greenfield Community Collage and the Traprock Center for Peace and Justice sponsored a talk by Father Ismael Moreno Coto, known popularly as Padre Melo, prominent Honduran human rights defender, at Greenfield Community College on Thursday, October 17. His presentation, “The Price of Truth: Human Rights in Honduras Since the Coup” addressed the struggles and successes of building a fair and inclusive society. Under death threats, Padre Melo continues to advocate for human rights, freedom of expression, and independent analysis. He directs Radio Progeso and The Team for Reflection, Research and Communication, whose work encompasses: grassroots radio programming; training on human rights, community organizing, and empowerment; the formation of leadership committed to social change; and aiding migrant families.

Rosalie Riegel is an oral historian and peace activist who lives in Evanston, Illinois. She read from her two new collections, Doing Time for Peace: Resistance, Family, and Community and Crossing the Line: Nonviolent Activists Speak Out for. Several of the narrators in her books joined her for the event.  Her talk is featured here:

September 28, 2012 Author Richard Unsworth spoke from his moving biography of Andrew and Magda Trocme, A Portrait of Pacifists: Le Chambon, the Holocaust, and the Lives of André and Magda Trocmé. Deeply committed to the practice of non-violent resistance, the Huguenot pastor André Trocmé, his wife Magda and residents of their village Chambon and other local villages in the Haute-Loire department of France, with the help of funding from international organizations, carried out a courageous mission providing help and protection to at least 3,500 Jewish refugees from the Nazi horror, many of them children. As Magda Trocme insisted, “There are no war crimes. War itself is the crime!”

April 20, 2014 The Renewable Revolution:  Sajed Kamal spoke on how we can fight climate change, revitalize the economy, prevent energy wars and transition to a sustainable future. Dr. Kamal has been a lecturer and consultant on renewable energy internationally, setting up solar projects in the United States, Bangladesh, Sri Lanka, Armenia and El Salvador for more than 30 years.

Read a Recorder article about Sajed Kamal and the talk.

In October and November the Traprock Center for Peace Education at GCC sponsored speaker forums which focused on nonviolent movements and responses over this last decade that counter the dominant media focus and narratives on the “war on terror.”

Friday, October 7: Hardy Merriman speaks on Nonviolent Struggle and Confronting the Issues of Our Times.

In the last decade, the international and domestic news media has told us of war, terrorism, financial crisis, environmental destruction, public health crises, and more. However, there are other narratives that the news media often misses, namely the upsurge in nonviolent movements around the world in the past decade. This presentation will focus on nonviolent movements and nonviolent struggle as a way to make change at the local, national, and global scales. It will provide a framework for understanding how nonviolent movements work and the strategic principles that underlie their effectiveness. Mr. Merriman is a Senior Advisor to the International Center on Nonviolent Conflict and has worked with activists around the world. He contributed to and edited “Waging Nonviolent Struggle: 20th Century Practice and 21st Century Potential” by Gene Sharp and has co-authored a training curriculum for activists, “A Guide to Effective Nonviolent Struggle.” Read his “Agents of Change and Nonviolent Action”.

Friday, November 4: Members of September Eleventh Families for Peaceful Tomorrows spoke about the remarkable anti-war organization for survivors of the September 11, 2001 attacks and their own personal narratives about embracing a nonviolent response to the attacks.

Peaceful Tomorrows was launched on February 14, 2002, at a press conference at the United Nations headquarters by members of families that had lost members in the 9/11 attacks who did not want their grief to justify attacks such as the American bombing campaign in Afghanistan, and to ensure that these actions were not done in their names and the names of their loved ones. We just marked the 10th anniversary of the September 11, 2001 attack on the World Trade Center and the Pentagon. In this forum we will be introduced to 9/11 Families for Peaceful Tomorrows, an organization founded by family members of those killed on September 11th who have united to turn their grief into action for peace. We will hear from 3 members whose chose peace-building over the national mood of revenge, the government’s now 10-year war in Afghanistan, and the dominant media focus on the “war on terror.” Each has pursued creative peace-building actions, on which they will speak.