How do you know when you have begun healing from the trauma of war?  For Lou, it was two months ago when he no longer “needed” to carry a gun.  We first met at the Greenfield Y where exercise is the medicine that launched his journey to health — reducing blood pressure, losing weight, and quelling diabetes.  At his request, we met with Karen Adams, his acupuncturist who, in her words, “brings soul and capacity to connect” to those she treats with holistic therapies.

“For a lot of my life after Vietnam,” Lou explained, “I was depressed, bummed out.  I had been in combat, came back with wounds; my head was messed up.  The Army showed no interest in my injuries,” so he had to use political influence to get the VA to acknowledge that he had war-related injuries. “And all they did was give me a bunch of pills.”

After returning from Vietnam, he worked as a respiratory therapist, then joined the state police and worked undercover in narcotics. “The job was 90 percent boredom and 10 percent adrenalin.  Until acupuncture, I was always in cop mode and carried a gun even after retiring.”   Thanks to the exercise is medicine program and acupuncture, he no longer takes pills.  “I have my reflexes when I need them, but I’ve lost my paranoia. Since my acupuncture treatments, I don’t have to carry a gun,” he emphasized again — clearly, his most significant sign of healing.

Shortly after our discussion, a piece on the power of touch was published in the New York Times.  The author, David Brooks, told the story of an Austrian orphanage in 1945 where infants received the best of nutrition and medical care, but they were not held or stroked in order to minimize contact with germs.  (I imagined these little ones among the hundreds of thousand of orphans from World War II).  Despite the best of physical care, a tragedy ensued: “Thirty-seven percent of the babies died before reaching age 2,” wrote Brooks.

Why did they fail to thrive?  From infancy and throughout life, we flourish when we are loved and respected — often expressed as loving touch, respectful touch, and in conversation with others who listen and speak to us with eye contact and genuine interest.  Lou’s memories resonate with this.  “When I came back from Vietnam, people shunned me.  They asked stupid questions about combat. Vets could only talk to vets.”

Healing wounds from war is less about painkillers and more about the curative power of listening, empathy and respect in the treatment process, Karen explains. She described her life odyssey that led to her chosen practice with vets and first responders. As a young woman, she was drawn to working with dying people and to children suffering trauma.  After Hurricane Katrina, she treated homeless victims in New Orleans on “sidewalks, warehouses, anywhere” as part of Acupuncturists without Borders.  Through her years of practicing acupuncture, she has “learned to listen with immense empathy … to speak from my heart … you need to bring soul and capacity to connect.” Lou gives a concrete picture of the effects: “After acupuncture, my whole demeanor does a 180 degree turn.  It’s like driving down Route 5/10 compared to Interstate 91 to the same destination.” He adds,  “I do more meditation now.”

Our discussion left me with many converging streams of thought, the first being the profound harm of war, beginning but not ending with vets. Our war veterans have among the highest rates of injury and pain, homelessness, divorce, suicide, and domestic violence. 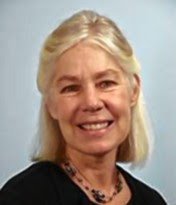 As for the other victims of our wars, consider just one war: Some 3 million Vietnamese lost their lives during our war in Vietnam; and hundreds of thousands of mentally and physically handicapped children were born of parents exposed to the chemical warfare herbicide Agent Orange.  Another juxtaposing thought was the destructive power of exploitative touch, exposed in the Me Too movement, and my profound hope that this movement catalyzes a revolution in male behavior and accountability for their actions.

Finally, what of the path to peace in this world, so that we do not have war orphans failing to thrive and war veterans, with near permanent physical and spiritual wounds?  “Waging peace is never passive,” writes Iraq war veteran turned peace educator Paul Chappell.  Training in peace literacy is as crucial as learning reading, writing and mathematics; and it cannot be left only to parents, he warns. Schools must teach the history of strategic nonviolent campaigns that won civil rights and women’s rights. They must teach the arts of listening, asking questions to achieve clarity and understanding, cultivating empathy and mutual communication; and the skills of disciplined resolution of conflict.  As Gandhi affirmed, “If peace schooling were taken as seriously as military schooling, our world would be a much different place.”

Frederick Douglass, the 19th-century African American activist to end slavery and win women’s rights, so wisely said:  “It is easier to raise a strong child than to heal a broken man.”

Pat Hynes directs the Traprock Center for Peace and Justice in Greenfield.