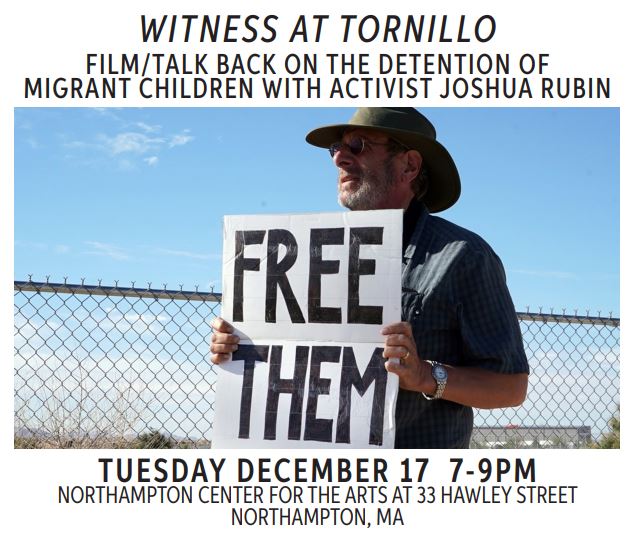 Joshua Rubin, of Brooklyn, is the subject of Witness At Tornillo – a new documentary film by Carbon Trace Productions and directed by Shane Franklin. We’re thrilled he’ll be with us to talk about the film and his important work.

Rubin lived in an RV for two months as a solitary witness in the desert, reporting daily on Facebook about the first detention center for migrant teens in Tornillo, Texas. His posts went viral and sparked the national movement that shut down the camp of some 3,000 kids in Tornillo, Texas, then its replacement in Homestead, Florida. Soon more people will join him at the border – including members of Western Massachusetts Jewish Activists for Immigration Justice.

THE EVENT IS FREE AND OPEN TO ALL. VOLUNTARY DONATIONS WILL BE ACCEPTED AT THE DOOR. HELP SPREAD THE WORD!

We wish to thank our sponsors from many faith communities and organizations in the Valley. To see the sponsor list, visit our Facebook page.