In 2020 the $1000 scholarship will be shared by two exceptional students: Dorinessy Orphee Meledje and Nicolas Picariello (more)

The Wally and Juanita Nelson Scholarship was founded by Traprock board member and professor emerita, Abbie Jenks, when she created a Liberal Arts degree in Peace andSocial Justice studies at GCC. Early in the 21st century, Wally and Juanita were regular speakers and inspirations to GCC students.
The award was established in their names to support and encourage studies in peace, social justice and the environment. Given through the GCC Foundation, the scholarship is awarded to a student, on occasion to two, whose goals and intentions are to work for peace and social justice in the world, whose academic competencies are above average, and whose commitment to peace and justice extends beyond the college experience.

For information and an application see: https://www.gcc.mass.edu/foundation/scholarships/ 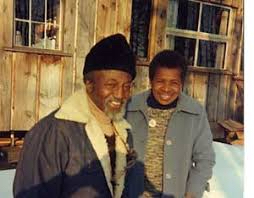 Wally and Juanita Nelson stand before their Deerfield, Massachusetts home in February of 1986. Wally Nelson maintained his commitment to nonviolence throughout his life. He and Juanita joined Peacemakers, a national organization dedicated to active nonviolence. They also became, and Juanita still remains, an active war tax resister. Juanita recalls that she “became a pacifist for sure” after she met Wally. She remembers asking him the question, ‘Well, what would you do if…you were sure someone was trying to kill you.’ His reply was, ‘I would try to protect myself by putting my hands over my head maybe, that sort of thing, but in the end I couldn’t decide that my life was worth more than somebody else’s.’ Juanita says of his response, ‘…I guess I was ready for it, and that really moved me. And that was a very life-changing thing for me.’


More on Wally and Juanita Nelson 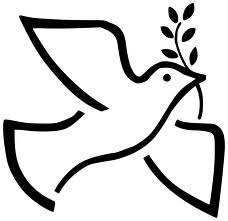