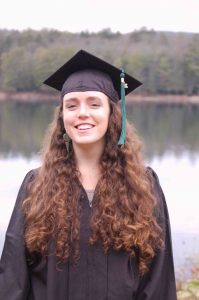 Hailee Galandak-Cochran is a GCC alumni. A recipient of the Traprock Wally and Juanita Nelson Scholarship, Hailee was also selected as a Traprock student Fellow.  She is the co-founder and a co-organizer of Friends For Change, a play-based, trauma informed,democratically operated youth and family program in Bellows Falls Vermont. Her work with Friends For Change is guided by restorative justice principles and aims to break the cycles of trauma and addiction in her community. 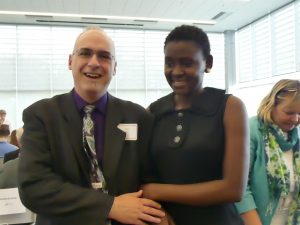 Josh Becker’s role on the Traprock Board is as liaison with Greenfield Community College (GCC). He is engaged with Traprock’s Juanita and Wally Nelson Scholarship award, andcoordinates the Traprock Fellowship for Peace and Justice at GCC. Josh is a professor of psychology, and Social Sciences Co-Chair at GCC. He sees the world through a social justice lens: In both his professional work and personal endeavors he brings forward issues around the physical and psychological environment, equality, empowerment, and structural/systemic forces that contribute to change. He is especially passionate about helping students clarify their academic, professional, and personal goals, making each class relevant to their life-long learning. His academic interests lie in that space where the fields of cultural studies, education, and psychology intertwine.

Suzanne Carlson has been committed to nonviolent activism since 1983, including various acts of “divine resistance” to weapons of mass destruction, militarism, racism, and materialism. Following her participation in the 1984 Walk for the Earth from California to Washington DC, she joined Jonah House and the Atlantic Life Community and served a year in prison for a Plowshares action against the Trident first-strike nuclear system. Besides living simply and in community, she has participated in several acts of resistance as well as community-building and local food production. Suzanne is a board member of Visioning BEAR Circle Intertribal Coalition, and a co-trainer for the curriculum “Walking in Balance with All My Relations.” She also serves on the steering committee of Middle East Peace and Justice Coalition/W.Mass, and on the board of Citizens Awareness Network (nukebusters.org). As board member, Suzanne promotes Traprock’s mission toward achieving peace and social and economic just ice. 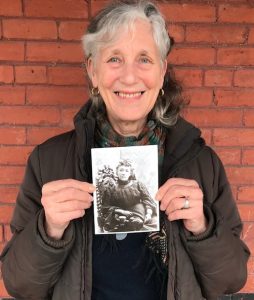 Anna Gyorgy joined the Board in 2016 when the international website she coordinates (www.wloe.org) was accepted as a sponsored Traprock project. The Women & Life on Earth Internet Project was founded in 1999 to bring work and networking around women and peace, ecology and global justice online. The name comes from a northeastern ecofeminist network that Anna was part of back in 1980-82: Women & Life on Earth. Active in western Mass. and beyond in the antinuclear movement, from 1985-2013 she was based in Germany, where the website project was part of a membership organization. Now back in her home area, she is a member of the Wendell Energy Committee and through Traprock continues work on the website, with hopes to expand it as a resource for the social and ecological justice movements so needed now. 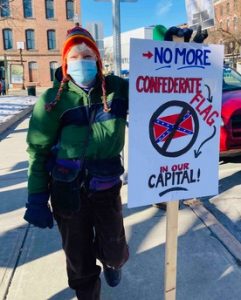 Emily Greene is a dynamic new member of our board.   A retired nurse who moved from southern climes to Greenfield in 2013 after living for 22 years in Lesbian communities, she has become a key activist in several important local social justice and environmental groups. These include Racial Justice Rising, where she helps organize monthly programs to raise awareness around racism and white supremacy, and organizes the weekly BLM vigils. She is active with: Greening Greenfield, highlighting issues of sustainability; the Latin America Solidarity Coalition of Western Mass, which raises awareness about the US foreign policy of regime change, removal of illegal sanctions against Venezuela and Cuba; and OLOC, Old Lesbians Organizing for Change. Along with Suzanne Carlson, Emily is part of the newsletter team, offering additions and review. 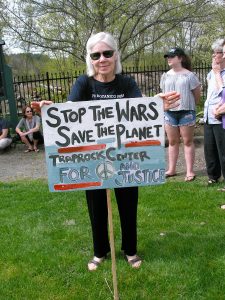 Pat Hynes is a retired environmental engineer and Professor of Environmental Health who worked on multi-racial and low-income issues of the urban environment (including lead poisoning, asthma and the indoor environment, safe housing, community gardens and urban agriculture); environmental justice; and feminism at Boston University School of Public Health. She has won numerous awards for her writing, teaching, and applied research. Pat has authored and edited 7 books, including The Recurring Silent Spring and A Patch of Eden, American’s Inner-City Gardeners.

Currently Pat is publishing and speaking on the health effects of war and militarism on society and on women, in particular, and climate justice, renewable energy, and the hazards of nuclear weapons. As former Traprock director (2010-2020), now member of the board of the Traprock Center for Peace and Justice in western Massachusetts, she is committed to building with others Traprock as an educational center in peacemaking and peace leadership for activists, educators, and students.

Sarah Pirtle, Traprock Peace Education Coordinator, founded the Common Threads Program in 2015. In that role she launched A Long Line of Women Leaders for Racial Justice program for teens and has developed collaboration with Sierra Leone WILPF teens on The Respect Girls Project. A feminist since 1979, she is the author of Traprock booklets on sexism and ageism (available here), and five books. An Outbreak of Peace, about changing racism, was awarded the outstanding book of the year on world peace. The most recent of four peace education books is Better Together: Caring and Including Instead of Bullying. She has directed Journey Camp for ages 7 to 17 for 27 years. 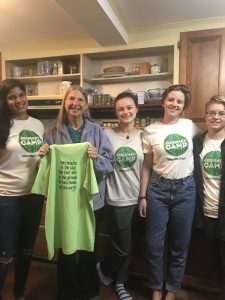 Sarah Pirtle with staff at Journey Camp: “My head is in the sky, my feet are on the ground, my two hands hold the earth.”

From the early 1980’s, she pioneered peace education curriculum, and taught the first graduate school classes in New England on conflict resolution training. In 1981 she became the first Traprock Peace Education Coordinator and was editor-in-chief of the Traprock flip chart project “Facing the Facts.”

Today she participates in two dialogue groups — Hands Across the Hills with Kentucky and Bridge4Unity on racial justice. A prolific songwriter, she has recordings for adults and founded the Children’s Music Network to encourage meaningful music for children (https://childrensmusic.org/). Find her many songs and more information on her books and other work at: https://www.sarahpirtle.com/biography.htm and https://www.sarahpirtle.com/.

Diana Roberts joined the Board after taking several classes in the Peace Studies Program at GCC, with its coordinator Abbie Jenks. During one class she collaborated with her poet and artist mother, Elinor R. Hartt, composing a song about peace, later recorded with the GCC Chorus.” At age seven or eight our mother took my sister and me for a treat at a local pizza parlor in Easton MD, where we lived at the time. On the door the sign: Whites Only. My mother turned to leave, saying: ‘We’re not coming here again.’ It was an early lesson in racism and discrimination. 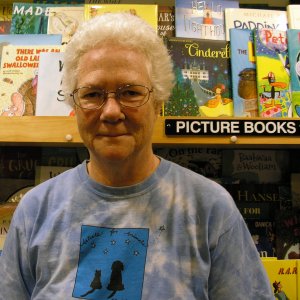 “I grew up surrounded by peacemakers, activists and authors, going to marches, canvassing for elections, etc. throughout my teen years and more recently. I write letters, call my representatives, occasionally send letters to the editor of the local paper. and try to keep involved and informed. I have served on the Greenfield Human Rights Commission and GCC Diversity Committee, and taken part in a local Mediation Training. I’ve also done design work for a number of local non-profits, including Artspace, Traprock and Friends of the Greenfield Public Library. I try to keep in mind Frances Crowe’s motto: Live simply so that others may simply live. At present, I’m learning how to film and edit in advance of the 2021 Peacemakers Awards, which the Interfaith Council of Franklin County co-sponsors with Traprock.”

Sher Sweet began her involvement with Traprock in 1979 after she discovered Traprock’s passionate commitment to non-violence and anti-militarism. She has been an educator most of her life and taught students about religious literacy, non-violence, ethics, feminism, justice and world religions for over 30 years at Northfield Mt. Hermon School (NMH). Throughout most of Sher’s teaching career, justice has been an over-arching theme, along with challenging the materialistic, and superficial aspects of popular culture. Teaching students to think critically was always paramount.  After leaving NMH in 2009, Sher joined the Board of Traprock to continue working on values of justice and non-violence. In 2015, she finished training to become a multi-faith spiritual counselor, and works at Baystate Hospice.

Abbie Jenks, Traprock Board Member Emerita. Professor Emerita Abbie Jenks, MSW, was an active board member of Traprock for eight years. While a faculty member at Greenfield Community College, Abbie created the Peace, Justice and Environmental Studies program at the college. Her work also included forging an alliance between the college and Traprock Center for Peace and Justice.
Post retirement from Traprock and GCC, she became involved in local politics as a way to create positive change, bringing with others anti-fracking legislation and supporting the Safe Communities Act in her town of Pelham. She participated in implementing an MVP grant (Municipal Vulnerability Preparedness) grant with town officials, to assist the town in adapting to climate disruptions. This included improving the energy efficiency of our municipal buildings and building a stronger community. She also helped create a community garden complete with pollinator garden.